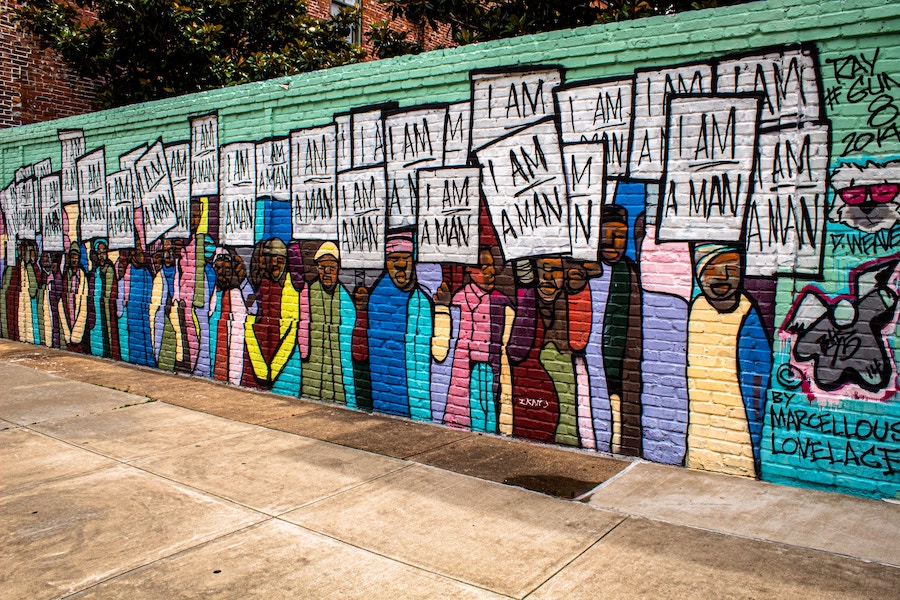 We’ve honored Black History Month in various ways here over the years, and in particular, we’ve shared  lots of  children’s and YA  books —  even the tough ones — that help us teach our kids, and inspire important conversations at home. But this year, I want to share something just for us, the parents:

Some of the ideas may challenge you and that’s great. Especially if you’re white like me, as I know most of our readers are. There are times for talking, and times for listening, and right now, I’m working hard to listen more. There’s always something to be learned, especially from someone whose lived experiences are different from my own.

If you’re with me, I hope you’ll take a look. These Twitter threads are just a few of literally thousands that are worth your time, but each one of these will lead you to more links, articles, and people to follow making this a more worthwhile internet rabbit hole than most.

If you’re not a person of color, and you happen to have someone in your life who says things like, “we don’t need a Black History Month” or or ever drops the inane phrase “reverse racism” (and if so, condolences) then I’d suggest passing some of these threads along in the name of progress and enlightenment. Don’t just be quiet, smile, and change the subject. You have a lot of influence on the people in your lives. And you never know whose hearts and minds are open to change.

Tip: If you don’t like reading long Twitter threads, you can always tweet @threadreaderapp in comments with the word “Unroll” and they will compile it all into a single article. I’ve included those ready-made links here as well if you’re not on Twitter, or if hat’s easier for you to read.

On Black history, the history of racism, and what we get wrong

At the end of the Civil War, the 13th Amendment Abolished slavery, the 14th granted black people citizenship and the 15th guaranteed them the right to vote.

A LOT of people believe this is when Jim Crow began.

Those people are wrong.

Michael Harriot (@michaelharriot ) of The Root, explains the evolution of racism in America with loads of facts you may not know.  He starts with some historical background, like the fact that the first rebellion of enslaved people “predates the Mayflower,” and works his way through the Civil War, Reconstruction, and right up to the present day, including voter suppression and legitimate fear of police.

On the continued segregation of American schoolchildren

While politicians avoid talking about integration even as they talk of racial justice, or even defend efforts to work with segregationists to derail integration, there are children sitting in classrooms who are being robbed of the opportunity to change their lives.

Reporter and 1619 Project founder Nikole Hannah Jones (@nhannahjones, AKA Ida Mae Wells) describes all the ways that school segregation still exists, 66 years after Brown vs Board of Ed legally desegregated schools and how it puts Black children at a huge disadvantage in America. The thread includes are tons of links to excellent articles she’s written about it for The NY Times, Pro Publica, and This American Life.

On the inextricable link between America and racism, according to Dr. King.

“The roots of racism are very deep in America. Historically it was so acceptable in the national life that today it still only lightly burdens the conscience.” #MLK

Bernice King (@BerniceKing) is the daughter of Dr. Martin Luther King and Coretta Scott King and CEO of the King Center. In this thread, she excerpts the chapter “Racism and the White Backlash” from her late father’s book, Where Do We Go From Here. In just a few short sentences,  Dr. King dispels the perception that “racism is just an occasional departure from the norm on the part of a few bigoted extremists.”

Read:  Dr. King’s Where do We Go From Here  thread, unrolled

Rosa Parks is often credited as the initiator of bus protests. However, earlier that same year 15 y/o Claudette Colvin was arrested for refusing to yield her seat in Montgomery.

There are also a number of other Black women who similarly protested segregation prior to Parks. pic.twitter.com/vKDVwEwZCN

@blkgirlculture is the Twitter account of the Black Girl Culture website, which was created by 20 year-old Makeen Zachary to highlight the evolving culture of Black women and girls. This is an excellent thread about the real story of Rosa Parks, and honors the other women of the Montgomery Bus Boycott  “whose protests go uncelebrated.”

Just a reminder that the entire bedrock of intergenerational economic prosperity across white america is built on the government having given white people centuries of “free stuff” while purposefully not giving those same resources & opportunities to others.

Clint Smith (@clintsmithIII) details the racist history of benefits, privileges and safety net entitlements  — from Homestead Act land grants, to government-backed home loans to GI Bill benefit — and how they have historically excluded Black families. I was especially struck with this line,  The problem people have with giving away “free stuff” (and this isn’t just a hot take, the social science bears this out) is that people are more reluctant to support “giving away free stuff” (which itself is a misnomer) when it means giving it to people who don’t look like them.

On a fascinating19th century slave revolt you probably don’t know

They will teach you about slave revolts by Denmark Vessey, Nat Turner and John Brown.

But this is the story of Abaco, The Bahamas and what is called:

The most successful slave revolt in US history

Another thread I found really enlightening from @michaelharriot (he’s a great storyteller!) is the lesser-known story of Bahama’s Abaco island, its history, and how it was responsible for what he calls the most successful slave revolt in U.S. history.

This year’s list of #TheRoot100 honorees is a reminder of the beauty and brilliance of blackness, at a time when the political and cultural landscape has grown even more hostile to the idea of black achievement! https://t.co/zlAmJxjrtJ pic.twitter.com/Wzz3AQ3y0S

Each year, @TheRoot puts out #TheRoot100, honoring 100 Black Americans, ages 25-45 who, based on influence and substance, are lauded as  “the innovators, the leaders, the public figures, and game changers” who are paving the way for the next generation of game changers. You want 100 present-day Black opinion leaders to follow, read, or learn more about? This is a phenomenal place to start.  You can also visit the interactive feature on The Root’s website.