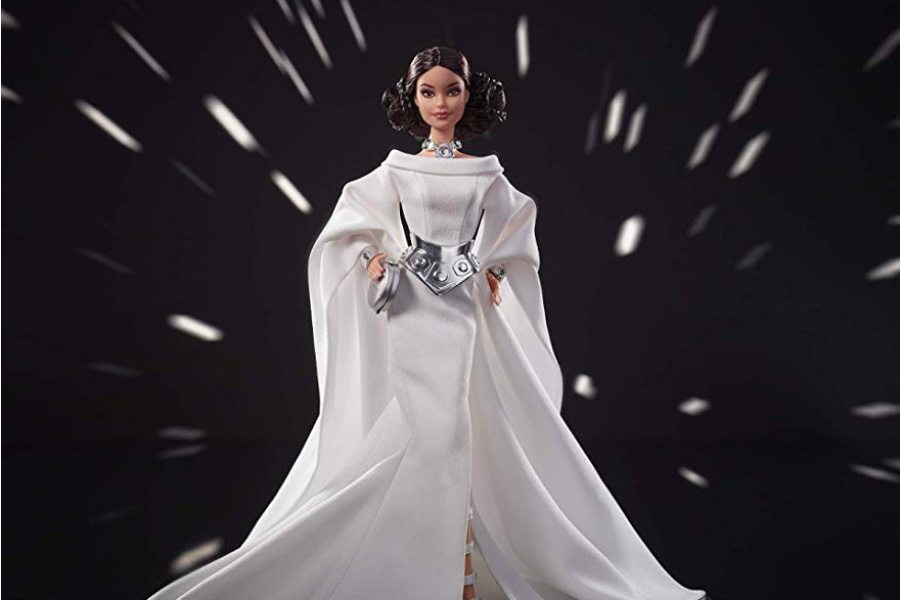 And yes, it’s super weird typing all of these words together.

CMP is an Amazon affiliate

I imagine Leia will be the most popular, because, Leia.

I’m kind of digging Darth Vader Barbie who’s got sort of an Anna Wintour / Devil Wears Death Star Prada vibe. And then there’s R2-D2 who looks kind of like the “sexy droid” Halloween costume you might find in shops alongside “sexy police officer” and “sexy auto mechanic,” but you know, it is still Barbie.

The line is described as reimagining “iconic characters through a distinctive Barbie high-fashion filter” and I think they’ve done an amazing job with the details.

Yeah they’re expensive, which is why they’re marketed as adult collector items. (Keep. The toddlers. Away.)  But if you’re interested, I say pre-order now. Because soon enough, they won’t be “exclusive” to Amazon and they definitely won’t cost the same price from third-party sellers.

On a personal level, I have to say that Barbie rocks it as a brunette.The force is powerful indeed.to